Owning a car is often perceived as something that gives you freedom, but is that true? I have lived in different countries and in each of those I had different approaches to mobility, I will explain why I don't own a car anymore.

Popularity of the cars is rather recent, the first "affordable", the Ford Model T was first produced in 1908, and got popular by the 1920, that is just 100 years ago. Nowadays in the EU about 1 in 2 persons owns a car in average.

The choice of freedom

Medieval towns were built for the people, but since the popularity of the cars and the huge lobbying, the cities have been turning into places for cars instead of people. All under the umbrella of freedom. You can go almost anywhere anytime with your car. Even EV cars get shit often for not giving you freedom since the driving range is still rather limited.

And the concept of freedom is somehow true, but there is one very important factor in my opinion. Public transport. We often are "forced" to buy a car, not because we want but because is the only or fastest way to get where we need to go.

This was the case for me in Girona (Spain), I made the conscious decision of having a car after researching and seeing that having a car was the only way I would be able to get to work. I could have lived in the smaller city nearby and cycle by bike, but I felt that I would be giving up on quality on life. Plus, then the time it would have taken me to travel to my hometown would have been 2-3 hours more than by going with the car.

However, in Helsinki (Finland) where I live now the transport is very good, and even if my main office chair is in another town 50km away I still opt to take bus (pre-covid) instead of owning a car. Urban young generation has realized that a car is just too much of a cost for the value it gives when they have other options. So, no wonder that car ownership in cities among young people have been declining steadily.

Cars also contribute to inequality, people with well-paid jobs usually have offices in the city center and can afford to live closer. Whereas people with low salaries often need to live further from the center and travel to more remote places, for example a factory that is outside of the city and not as well connected. So, if you add the cost of the car to an already low salary the purchasing power of that person is greatly affected. Look at the following graph from Of Dollars and Data, the lowest earners in US spend about 25% of their income in transportation.

Costs of a car

Take into account all the expenses related to a car and you might be surprised: Insurance, maintenance, repairs, fuel, taxes, parking...

My father used to own a car garage, so I could get my hands on anonymized data of repair/maintenance for a given car over time.

This doesn't include visits to other car garage, and is also often the case that after many years when a big problem occurs a new car is bought instead of repairing it. Repair costs are unpredictable so it is best to be ready to spend thousands of euros in a car to be repaired. That is a big risk to take into account.

Another kind of cost related to the car that is often forgotten is the emotional cost. Starting your day getting into a car and losing your patience in traffic/stressing is definitely not the best way to start in my opinion.

As I mentioned when I was living in Spain, I had a car. I used it to go to work (about 90km per day) and about once per month to visit my family (600 km).

The main costs were tollway and fuel. Because I have a financial rule to save 20% of my salary in savings, I had to make the decision of having a flat mate, otherwise I couldn't have met my financial goals. And in these costs car repair, parking and insurance are not even included.

Then I was given the opportunity to move to work at the Headquarters in Finland, on a 50 000 inhabitant town called Porvoo. After looking different options and thinking: Should I live in the capital Helsinki (50 km) have a car and share a flat or live in Porvoo all by myself for first time in my life. I decided to go for the second.

Being in a smaller town the public transport wasn't the most convenient to get to work. So, I just bought a 90-euro second hand bike for the 3.5 km between home and work. I biked all year around, with snow, rain, ice, sun, thanks to great infrastructure and maintenance of the roads. Bike lanes get priority of being cleaned of snow over the car lanes. Oulu is a great example of winter cycling.

Committing to cycling saved me a lot of money and allowed me to spend the money in other things that give more value to my life (mainly going to restaurants and visiting my family/friends).

Technology has lowered the barrier to car rental, so it can be done now via internet and without going to any office. So, whenever we do need a car, we just rent one. Otherwise, I just walk, bike or use public transport. I don't need to worry about changing to winter tires, unexpected expenses, parking (in Helsinki it could cost you up to 120€/month) or waking up earlier so that car warms up in the winter months where it can be really cold. All while giving me more financial freedom to spend it in other things that might be more important to me.

The definition of freedom is individual. Some people can't live without hitting the road every weekend to discover new places, that's fine. I just prefer to not be owned by a car and use that money in other ways that add value to my life.

And out of the different means of transportation cycling must be my favorite, is fast, healthy, easy to fix your own bike and feels liberating (not so much though at -20 degrees Celsius...). There is evidence, whenever cities plan accordingly and create infrastructure for bikes, bikes appear. Some countries have even started to give tax breaks for people transitioning from owning a car to buy public transport tickets or e-bikes.

And a new business model called MaaS is starting to pick up (Mobility as a service) that offers different transportation modals within a single app, you can buy a public transport ticket, use city bikes, reserve a taxi, or rent a car. Also, different plans are included with different modals for a fixed price per month. Whim is one of such companies that is gaining popularity.

Just decide how freedom looks for you and find a suitable plan for you. 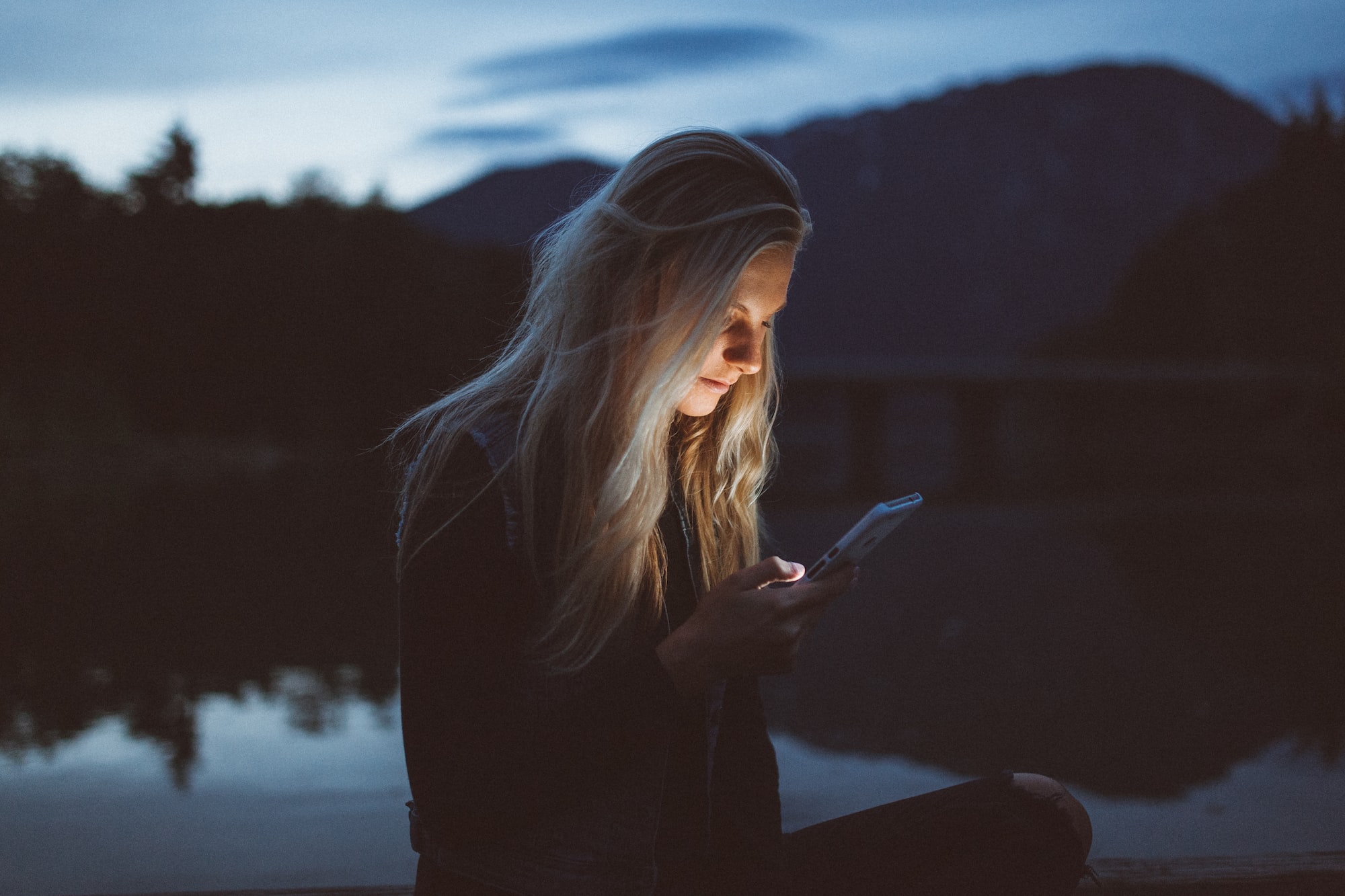 Technology has a profound impact to our mental wellbeing, creativity and work. I want to show how serious of a problem this is. With data in hand, as always.